Review: A Space for the Unbound – indrukwekkend verhaal

Review: A Space for the Unbound – indrukwekkend verhaal

For the dutch version, see this article.

How cool would it be to plug a controller in your Windows tablet and play your games on it? Wherever you are, as long as your Xbox is attached to the network you can game throughout the entire house. The fun thing is that this is already possible, right now!

We have heard about it before, about streaming games from the Xbox One to Windows 10. This functionality was already demonstrated on the Microsoft Build event and it worked pretty well. Microsoft is being very quiet about this feature in the media and that is a shame, because it’s already possible to make it work, right now. You need a few things, but if you have those, you’re good to go.

Officially this functionality will be available late this year, but Microsoft has already made it available to previewers. That sounds bigger than it is. The Windows 10 Preview, that you’ll need to make it work, is freely available on the Microsoft site and the Xbox One Preview Program is also accessible  if you can get invited by one of your Xbox friends.

What do you need?

When this is all set up, the only thing you’ll have to do is configure a few things.

Beware! Streaming doesn’t work over the internet, you will have to do it within your own network. The Xbox and the Windows 10 device have to be on the same network.

Go to your Xbox One settings and choose Preferences under the Console section.

On Windows 10 go to the Xbox app, it’s by default installed. Log in with your Xbox Live account.

On the left bar, click the console icon to get an overview of all Xbox One Consoles in your network.

The first time, your Xbox will have to be on, you will find it in the list and you can connect with it. When you’ve connected once, you will be able to turn your xbox on and off in the future.

Eventually you will see a screen like the picture above and you can see the option to stream. At this point, make sure you’ve connected a Xbox One controller with a cable to the device.

You can now game whenever and wherever you like. The better the network and Wi-Fi, the higher the streaming quality can be set. Be aware that there is a small latency, I wouldn’t recommend playing racegame, but an RPG, like The Witcher, is very doable! Also good to know: the big Xbox-button doesn’t work. For this you need to push the Xbox-button in the Xbox app. This feels stupid and hopefully they will correct this before launch. What do we think of it?

Although the functionality is still in preview and will be release late this year, I think it works tremendous already. The stream quality is notable good. Not the same native resolution as on the One, but very good for a preview stream.

The ease of configuring it all, which isn’t always the case with Microsoft, is also good to note. The only thing missing right now is the Xbox-button, which is not working. The Xbox team can safely continue to work on optimizing the stream quality and the lag, but it’s already pretty good.

I would strongly advise you to try it if you’ve got the hardware. Please let us know if you got it working and what you think of it. 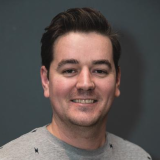